Since Apple’s MacBook first adopted the USB Type-C interface, the outside world has questioned Apple’s use of such a wonderful interface so much that it will cause users much inconvenience. Who knows, in less than a year, Android manufacturers launched USB Type-C interface devices. Apple once again succeeded in driving the development direction of the industry, just like fingerprint recognition. But again, if it’s not USB Type-C fire, can you really recognize it? Even if you look at the interface of the device now, can you really call their names, or do you know how they “plug” them? 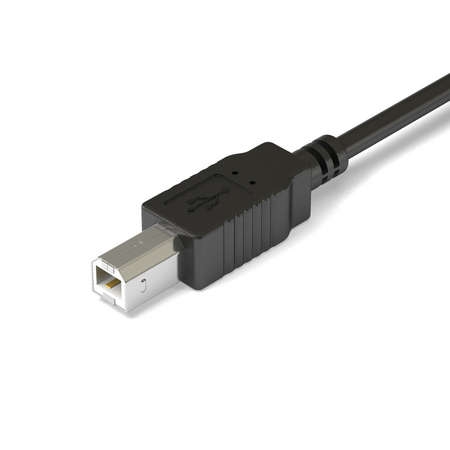 The interface is seen in a 3.5 inch mobile hard disk, and the printer is using this interface. At present, the most common Android mobile phone is its reduced version: micro USB Type-B

This plan is more to say two sentences, after all, it may gradually become the mainstream interface in the next few years. The first generation of USB was born 20 years ago, and no matter how to develop and evolve over the years, the speed of faster transmission is always its goal.

The USB Type-C interface is created based on the USB 3.1 standard, and its transmission speeds up to 2 times the USB 3, but why not be called a new generation of USB 4? Because the promotion is really too small, the previous USB 3 is more than 10 times faster than the USB 2. In addition, the USB Type-C interface under the USB 3.1 standard supports the maximum 100W power supply capability, which can fully meet the power demand of such devices, while on USB 3 it is 4.5w only.

But here the editor would like to remind everyone that does not use this interface devices support the USB 3.1 standard, such as a mobile phone while using this interface, but it is still the standard of USB 2, the transmission speed is not so fast, but the advantages and can be inserted or some.

Many of the latest items of tech come ready to accept the USB type C cable as standard. It first started to appear in 2015 on a few new releases such as the Apple MacBook. It is now becoming more readily available and is... read more

Headphone maintenance 1. Because the driver units are easy to be polluted, so it’s important to protect its part of the mesh enclosure. First of all,  you shoudl keep it clean, and avoid much exposure to dust for the driver units. 2. The cord of headsets is soft. So, please... read more

Our company has some new USB cables, they are with multicolour design, good quality braided cable, reliable and customizable. They are good for the market of promotion, gifts, mobile phone accessories, etc. If you are interested in any of them, please don’t hesitate to... read more

HDMI 2.1Version Cable is coming~! HDMI 2.1V Specification as below, we are currently running with a discount offer and I can provide you with the discounted proposals this month. Let me know if you have any new projects also. Let me know your are interested, so that I... read more

Some advice on using headsets

Some advice on using headsets (1) Select good quality headsets. (2) Try to adjust the sound to 40 ~ 60 decibels (generally speaking sound or slightly smaller, with soft not harsh appropriate), do not increase the volume for the pursuit of excitement, so as not... read more